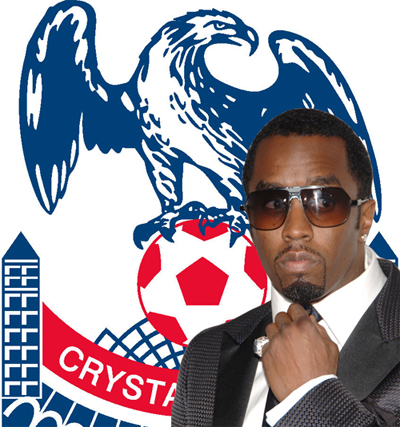 Back in the day, any football team that dipped into financial peril would have a news story written about it “exclusively revealing” that Colonel Gaddafi was linked with a move for the club. Those days are long gone now, and instead The Sun is exclusively revealing that Sean Coombs briefly considered buying out Portsmouth before being moved into a bid for Crystal Palace “because he liked the name”. The differences between Gaddafi and Diddy couldn’t be clearer: one is a power-crazed relic of a degenerate period in their country’s history who someone still clings to power because he ordered the murders of his closest associates in order to stay on the throne, and the other is P Diddy.

Anyway, a more socially conscious website would now move into talking about how this is a negative development, that foreign investment by playboys in British football is stripping clubs of their identity, causing financial irregularities in the short-term and financial meltdown in the long-term, and inevitably ushering in an Americanised-system of closed-shop franchises. However, we’re not that website, you know how we do at Fat Lace, and therefore…..

Also bonus points for anyone who puts together a Youtube video of Victor Moses passes with “I’ll Be Missing You” played over the top.