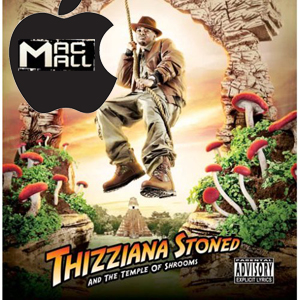 We’re not surprised that Mac Mall, a rapper who in 1999 released an album called ‘Mallenium’ (how prescient is that?) is on his grizzly when it comes to the papers. As everyone in Vallejo knows, Mac has been repping the bay since the early 90’s, coming up under the late Mac Dre (now literally ghostriding the whip) and releasing a whole stackola of albums with pun titles. However, whilst we can forgive ‘The Macuscripts’, we think he’s pushing his luck with the generally dope ‘Thizziana Stoned and the Temple of Shrooms’. Still, spitting a hot 16 is just his hobby, as he makes his real scrill running the No. 1 Apple Direct Reseller. Need to flip that Mac OS X Leopard? Mac’s your man. Want the pointlessly thin Macbook Air to play a game of technological oneupmanship? It’s the return of the Mac. Need a Mac Mini? Actually, that could be confusing as it’s both an Apple product and the name of his son. Best to stick to ordering one of his wide range of iPod accessories.