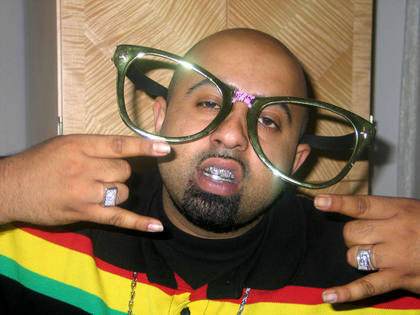 News has reached the Fat Lace offices that Bay Area rappers have finally achieved the numbers they have been dreaming of since their recent creative resurgence. Through a combination of hard work, Hyphy movement bandwagon jumpers and the ever-expanding rosters of the Bay’s major players, it has been reported that for the first time in hip-hop history they have done numbers Soundscan never thought possible. For the first weeks in September, the Bay Area released more CDs than were actually sold. Whilst the true figures are still to be confirmed, the news has sparked wild celebrations in the Frisco, Oakland and Vallejo areas. One Crestside club is apparently holding a 7-day long party, playing only the music of Mac Dre’s Thizz Nation, concluding with the launch party for their totally commercially ignored ‘Thizz Nation Vol. 346’ Meanwhile Messy Marv, is holding open prison visits for signings of his multiple independent 2007 releases that include ‘What You Know about Me Vol. 1-2’, ‘Filmoe Nation Vol. 1-2’, partnerships with Keak, Mitchy Slick and Prince Bugsy and of course, the classic, ‘You Wanna Make A Record? Let’s Just Make A Fucking Record! Vol. 1-45’.

The ridiculously prolific Mob Figaz were contacted regarding this incredible news, with only The Jacka available for comment, as the others were on their third tight studio deadline that week. “Yeah, we work on a one-day, one-album deadline. Otherwise there’s simply no way we’re gonna keep ahead of the buying public even in these days of downloading and general comsumer apathy. That way, we can guarantee that by flooding the market we maintain the greatest level of apathy towards our product.” Turf Talk confirmed such thinking. Despite releasing what is clearly the most incredible album of the year in ‘West Coast Vaccine’, he still manages to make the general public give two flying fucks about him. “Yeah, I realised that my LP was a near masterpiece, but I had to just keep getting on other people’s records, mixtapes and whatever, just to keep my nose ahead, along with Thizz, Demolition Men, Metal Mouth, Andre Nickatina, Mob Figaz and the rest. Sick Wid It, my crew, is now gearing up for our own series of releases which is really gonna push us ahead of the pack. Our first release will be ‘Turf Talk Brings The Hood Colabilition – Monday 8th October’, then make sure you stay on the look out for the follow ups ‘Turf Talk Brings The Hood Colabilition – Tuesday 9th October’ and ‘Turf Talk Brings The Hood Colabilition – Wednesday 10th October’. 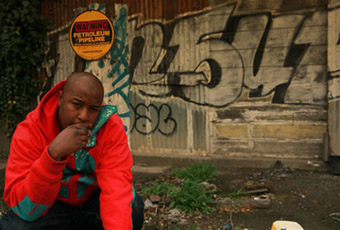 Mac Dre, who was cruelly slain on November 2004, managed to release what seemed like an album damn near every minute whilst alive and remains the inspiration for this relentless recording in the Bay. He in turn found his inspiration from British indie group The Fall who knocked albums out in their lunchtime back in the 80s. In his final interview with Murder Dog magazine, he was quoted as saying, “Man I miss Mark E Smith and his ever-changing line up, The Fall were my shit, ya feel me cuddie? However, for the record I never liked The Wonder Stuff – don’t get it twisted – that ‘Size Of A Cow’ shit was horrible, yadidibooboo?”.

Analysts are predicting that in the short term these release figures are simply going to escalate, whilst sales remain static, despite the fact that Bay Area hip-hop remains some of the freshest material on offer in a stale U.S. hip-hop scene. The Bay, however, used to being pillaged for slang, music style and general innovation has chosen to embrace rather than fight the feeling, or in the words of Rydah J. Klyde “I’ll make 7 CDs put em in a line/Add 7 more before you’ve heard this rhyme/And then I’ll make 7 more, before I call time, now that’s 21 CDs sitting in the racks at Best Buy.”

Here’s some of the dope Bay Area music that quite mystifyingly people haven’t been buying over the past years:

San Quinn – Do That For Me